Artillery Vs Sparrow = Victory for ISIS 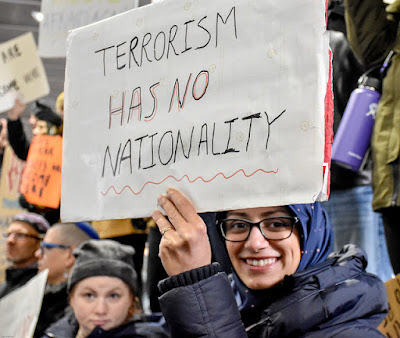 (Photo: Flickr|Joe Piette, licensed by CC BY-NC 2.0)
This article does not attempt to be analytical nor even-handed. I have been working on counter-terrorism issues, both as an academic and a think tanker, for quite some time and my conscience demands that I speak out when I see the ignorant application of a malicious counter-terrorism strategy. Do not mistake it, this is exactly what is unfolding in the U.S., right in front of our eyes.

It is true that many countries have perpetrated brutal acts in attempts to combat terrorism. Remember Sri Lanka and the eradication of the Tamil Tigers? Remember the Russian cleansing operations in Chechnya or their drunken artillerymen firing at random villages? Remember the massacre of the alleged terrorists in Rabaa square in Cairo? These were atrocities, executed in the name of combating terrorism.

The U.S. has made such mistakes in the past. Guantanamo, black detention sites, and Abu Ghraib all immediately come to mind. These were especially tragic, as were perpetrated by a country that is proud to call itself the leader of the 'free world', a stable democracy and not an authoritarian regime. Now, at a time when we all thought that the U.S. had finally learned the lessons of past mistakes, President Trump chose to throw the rule book out of the window.

Three issues stand out:
1.     A presidential executive order, issuing a travel ban on people from seven countries, may sound like a great counter-terrorism option. They cannot hit us, if we deny them entry. Two questions weaken that argument, however: In the last fifteen years, how many terrorist attacks on the U.S. were perpetrated by ‘imported’ terrorists? And how many were perpetrated by homegrown terrorists, including Islamists? Hint, the latter is more deadly, by far. This policy makes as much sense as using artillery or surface-to-air missiles to shoot down a sparrow. Go ahead and good luck.
Besides, even if we agreed with the logic of this policy, then why were the nationals of the countries that launched the 9/11 plane hijacking (Saudi Arabia, UAE, Lebanon, Egypt) not included in the ban? As well, even with the ban, possible Iraqi, Syrian, Libyan, etc. terrorists, still have plenty of attractive targets, and American targets for that matter, anywhere in the world.
2.     Another Trump administration strategy is the reintroduction of the enhanced interrogation techniques or, to be blunt, torture. President Trump is convinced torture works as a method to glean information from captured terrorists. But wait, isn’t torture illegal? And haven't we, as a pragmatic people, deemed torture counter-productive, in the wake of previous failures to extract actionable intelligence with torture? Has anyone in the Trump administration cared to consider the personal and emotional toll on the U.S. personnel that are ordered to practice torture, the damage to morale for having to deploy these techniques? Have we learned nothing from the interrogations of Abu Zubaydah, who confessed to everything but in reality was not such a senior player in Al-Qaeda? People will admit to anything under torture. It might make you feel better but it does not add up to good counter-terrorism. Again, readying artillery to target a sparrow.


3.     Identifying the Muslim Brotherhood as a foreign terrorist organization (FTO). Seemingly, a long overdue move against an organization often portrayed as a ‘conveyor belt for terrorists’. But are we sure? And even if we are, who are we identifying as Muslim Brotherhood? Do we mean its violent groups and offshoots in Egypt? Or are we including the transnational movement, which has chapters and members represented in democratically elected governments and playing a significant role in the politics of an array Muslim countries? Are they all now designated as terrorists? Or is this yet another example of artillery against a solitary sparrow?
What is the end result of these policies? You guessed it, Muslim communities disillusioned, likely further disillusioned, with the United States. It alienates the Allies, excites Moscow, and, most importantly, supports ISIS. ISIS does not want any grey areas. Nothing which might impede them from engaging their enemies in a Manichean total war. Ban Muslims from the U.S. and you have just given ISIS a victory, an example they can display of how the West oppresses their co-religionists. In other words, the U.S. administration has given this terrorist organization exactly what it wants. Don't be surprised if you see this 'strong order to protect Americans' become a strong weapon for ISIS.

Thousands Leagues through Georgia with the EUropean Quest 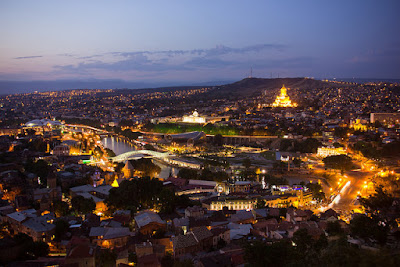