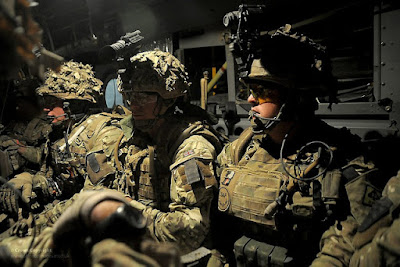 One year after the infamous terrorist attacks in Paris, and less than four months after the presentation of the EU Global Strategy and circa two weeks after the election of Donald Trump, Federica Mogherini unveiled the Implementation Plan on Security and Defence. It sets out the new level of ambition for the EU, and follows up on the EU Global Strategy in terms of what the EU must contribute to so that it becomes a fully-fledged stakeholder security wise. So far, so good. No one will object – who is NOT for a more secure Europe, at the end of the day? Why not have more robust capacity to respond to external conflicts and crises, and be more adept at strengthening the resilience of EU partners? Such ambition was long in the making and perhaps, just perhaps, this is the moment to operationalise it. We say perhaps as we have one major problem with the presented document.

It is buried on page 18, and constitutes point 23 of the whole document:

“We should continue to analyse jointly the threats, risks and challenges faced by the EU, and
regularly review our priority actions. This could lead to regular high-level meetings
(European Council or Foreign Affairs Council, including in Defence format or jointly with
other relevant Council formations) to address internal and external security and defence issues facing the Union.”

This passage inspired us to pose some questions related to the development of the future EU defence.

Firstly, shouldn’t this be on page 1? If “for most European security is a top priority today” then shouldn’t we start the whole process with working out a common perception of “threats, risks and challenges?” As of now, we are supposed to energetically move forward on common security instruments but how will we use them? Isn’t it, to put it metaphorically, the cart before the horse? Shouldn’t the development of a joint Implementation Plan be preceded by a thorough discussion on the sources of insecurity, especially given the potential for a US drawdown? And if the latter is to materialise then are EU member states ready to step up their budgetary defence contributions so that a credible “defence union” materialises? In short, more co-operation on defence is welcome but a joint political front on the issue is a necessary precondition.

Secondly, how will the EU respond to external conflicts and crises? With what exactly? And if it does then to which ones? To what extent does this also cover potential missions in the East and not only in the South? Is there a political consensus for that?

Thirdly, if the EU is to work on capacity building of partners then the question is similar – where, how exactly, and how to do SSR better? Can the EU actually do it better as so many others failed in their endeavours in the past?

Finally, protection of citizens and increasing the Union’s resilience: how does this square with NATO’s attempt to achieve a similar feat for the Alliance and the Allies? Will there be competition? Does the EU really need to cover all security aspects from space to disaster response and countering arms trafficking? Next month will see the announcement of new measures on joint co-operation between the EU and NATO – let us hope these assuage the aforementioned worries related to this co-operation.

Let us be clear. Enhanced EU defence and security cooperation is not just a positive thing, it is a must. However, we should not underestimate the threats related to intra-European differences in threat perception. These must be discussed PRIOR to our development of any “defence union.” The fact that this issue is buried on page 18 of the Implementation Plan does not convince us that this has been the case. The cart is now before the horse. This bodes ill for the future.