2017: Just Another Crucial Year (for the West, for Europe and for everything related to them) 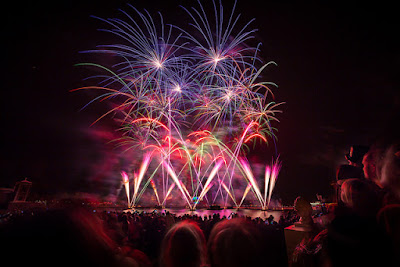 (Photo: Flickr|Jeff Krause, licensed by CC BY-NC-ND 2.0)
The past year brought us a series of unexpected developments culminating in rather shocking surprises. First, Brits decided to embark on the riskiest geopolitical experiment for generations and voted to exit the European Union. Less than a half year later, Donald Trump became the 45th President of the United States of America. Only the history will reveal us the lessons learned, and so will it eventually judge the general wisdom of the respective electorates on the both coasts of the Atlantic.
However, this year, the fate of a political Europe could be decided by parliamentary elections in the Netherlands, France and Germany. The outcome of the elections could either push the continent towards (at least a temporary) stabilisation or produce a historical shift towards continuous disintegration – likely constituting neo-nationalism to be the new ideological leitmotiv of the political Europe. The former being represented by an unconventional, but still pro-EU government based on a wide coalition in the Netherlands, anyone but Marine Le Pen in power in the Élysée Palace and probably a coalition government of historically established parties in Germany. The latter being represented by Geert Wilders emulating the success of Jörg Haider from 2010 (i.e. winning the elections and participating in the government), Marine Le Pen bringing the Brexit-Trump phenomenon into its third act and Merkel (and along with her Germany as well) losing its appetite for being the last bastion of political constructiveness on the ‘old continent’.
In March, i.e. in the very same month as Britain will likely invoke the Article 50 of the Lisbon Treaty and make its first formal step in the process of historic withdrawal, the 27 remaining EU members will gather in Rome and will seek to rearticulate the bloc’s raison d'être – ergo its status of peace guarantor, security provider, prosperity enabler and social cohesion amplifier. Facing the cumulative societal effects of the rising ideological nativism, persistent threats of terror, sizeable social exclusion (in essence, the division of society into the winners and losers of globalization) and problematic economic performance, the Union is admittedly in worse fix than was twelve months ago, and if this downward spiral is to be continued, it understandably will be in a lot worse fix in another year. Of course, one might hope that the more the problems grow, the more of necessary courage, devotion and invention we will see from our leaders to stabilize the system before it crumbles further on.
In May, the G7 Summit (i.e. the political institutionalisation of the West) will seek to address the key challenge of global migration, state failure, political violence and societal hopelessness in the Middle East and North Africa – which will remain to be the most relevant external determinant of Europe’s stability. Possibly, in just the same time, NATO Leaders will gather to cast some clarity on the future modus vivendi between the two sides of the alliance. NATO’s European flank is in desperate need of reassurance, while the Southern allies need to see the Alliance contributing to addressing their existential challenges – namely the nexus of migration-crime-terror. As long as either a deliberate or unintended military confrontation between the Alliance and Russia remains a realistic (although still an unlikely) scenario, the West needs to work out a strategic setting that reassures its most vulnerable members (to possible Russian aggression), convinces the power elites in the Kremlin to adopt  a pragmatic (non-ideological) attitude vis-à-vis Ukraine (and Georgia) and finally to open the space for strategically important cooperation against terrorism (and its potential derivations: transnational organized crime and WMD proliferation). In all of the mentioned fields, American leadership will presumably prove to be decisive – provided that there will be one. As President-elect Trump has consistently stated his determination to significantly revamp the past foreign political axioms of America, Europe is to lose the most from a potentially inward-oriented US.
A unilateralist, nationalist and confrontational US foreign policy would not only put America into a political collision course with the UN, with the EU, (in many matters also) with its key Arab allies and even with Russia, but such an approach to foreign policy could also undo most of the volatile record of President Obama administrations’ accomplishments – namely the Paris climate accord, nuclear agreement with Iran and the support for the establishment of global norms of conduct in arms trade and nuclear security.
President Trump’s inauguration on the 20th January could be remembered as the defining moment for the West. As much as in the case of his predecessors, his presidency will not only impact how capable, respectable and ambitious America will globally be, but also how secure, stable and united Europe turns out to be. In 2017, the defining political events within the political West do not have to be as shocking (and historic) as those from the last year, however, they might pave the path towards a profoundly new West. One of the bitter lessons learned from 2016 was that one shall apply a rather modest ambition towards embracing any form of political forecasting. Another important lesson to be learned, this time from 2017, could be that understanding the real strategic implications of momentary shocks might require a significant amount of patience in (geo)political judgement.