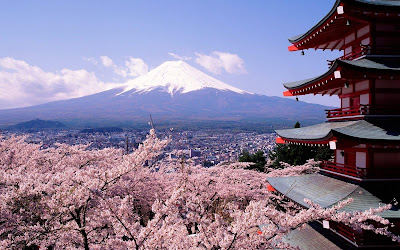 (Photo: icloudpicture.com)
The global world order is under reconstruction, which´s degree is yet unknown. In the global arena Japan plays an important role and wants to continue being a major player with considerable political and economic power.
In the globalized world that is increasingly sliding into multi-polarity, Japan has an opportunity to do just that. Much will, however, depend on the behaviour of other actors, primarily US, Russia, the EU, and China.

Japan-Russia
Russia is currently accused of being the ultimate global meddler and of attempts to undermine the stability of liberal democracies worldwide. Japan is not vulnerable to these tactics. The structure of Japanese society and politics is in many ways very different from that of European countries or the US. Japan is very homogeneous (culturally, ethnically, linguistically) therefore less exposed to such destabilization. Only less than two per cents of the residents are foreign. The majority of immigrants are coming from other Asian countries using also kanji as writing system, which is a particular advantage when mastering the hardest (in terms of writing) languages and ease the assimilation.
Furthermore, the Japanese media clubs called kisha are controlled by mainstream politicians and used often to influence the public opinions (Beacon Reports). One should also mention that the Japanese electoral system before 2009 was constituted in a way that made new parties almost impossible to emerge. Have been in power for decades, the Liberal Democratic Party has tailored the Japanese electoral system to its own advantage. Hence, it is extremely difficult for any outside power to use marginal domestic political forces or media to destabilize the system. Even if Russia indeed has impact on European and American political scene, Japan is unlikely to be worried about being the next target.
Relations between Russia and Japan are marked by the conflict over the Northern Territories/Kuril Islands, which were annexed by Stalin in the World War II. The disputed four islands serve as a strategic base for Russia. The larger two are the entrance to the Sea of Okhotsk where nuclear submarines of Russia are being based. They are also rich in natural resources. This dispute does not allow the two parties to sign a new peace treaty to substitute the previous one that expired 61 years ago.  Last years, Japan and Russia adopted a new approach towards the dispute over the islands. Meetings between the leaders became more frequent since the Prime Minister of Japan Shinzo Abe took office in 2012. Both parties seem to feel the urge for cooperative approach as part of their rebalancing strategy and competition with China. In addition, Russia wishes for more Japanese investments. Most recently president Putin visited Japan in mid-December 2016. Prior to the visit, Putin declared that Russia has no territorial disputes with Japan.
The two-day visit in terms of diplomatic behaviour is an interesting case to study. Abe´s plan of “spa diplomacy” (offer declined by Putin) connected with sumo match and demonstrations of excellence of cuisine was unmet with Putin´s interest. Abe´s attempt for “dog diplomacy” was also refused by Putin: the offer of the male puppy offered by the welcoming delegation to accompany his bitch Yume, the popular akita inu whom he also got from Japan as a thanking gift for the aid Russia provided after the earthquake in 2011. Akita´s as breed are part of the Japanese national pride, therefore the gift was symbolic.
To sum up, despite the push for intensified cooperation, the relations between Russian and Japan are not yet the most amicable ones. The meeting between the two leaders wasn´t ground-breaking, but it was much more than a mere courtesy meeting. The volume of pre-agreed Japanese investments to Russia could be higher. The establishment of special economic zone on the disputed islands is beneficial but the peace treaty is not even in the pipeline. Importantly, both leaders manifested the importance of their good relations which is a promising sign for the future.

Japan-US
The first foreign visitor of the US president Donald Trump was Japan. Shinzo Abe and his wife Akie Abe flied to Florida to Trump´s private golf club in Florida in February. After the retreat, Abe announced that Japan wants to contribute Trump´s success, therefore offered a $450 billion-worth investment which would create 700,000 jobs in the high-tech manufacturing sector. Japan´s shrinking workforce is struggling with shortage of blue-collar workers (who were voters of Trump in the US) therefore this could be a smart move as Japan suffers from labour shortage. Trump on the other hand reassured the commitment to defend all territory under Japanese administration (Senkaku/Diaoyu Islands including). Trump comforted the Japanese by mentioning at the press conference that “US-Japan alliance is the cornerstone of piece in the Asia-Pacific region. (…) We are committed to that goal, highly”. He also thanked Japan for hosting US armed forces, emphasized the importance of joint efforts for the sake of the freedom of navigation in the South China Sea and combat the nuclear missile tests of North Korea. Trump warmly welcomed Shinzo Abe. Their interpersonal relations were described as excellent. The famous crushing handshake of the two leaders was a manifestation of Trump´s commitment to tighten the relations with Japan.
At the same time, however, the inclination of Japanese public towards the US is questionable. According to the Pew Research Center research, 72% of Japanese have a favourable image of the US, 61% thinks that the US plays less important role than a decade ago, 52% thinks that the American influence and power is a threat. The majority of the population believes that Japan should only engage in the affairs of international relations via development aid to other countries.
It is important to remember that in the past few years Japan introduced significant changes to its approach to security and international conflicts. Although the public opposition was massive, the government passed amendments to Article 9 of the Japanese Constitution which embedded a very pacifist approach of the society. The Article 9 was revised in 2015 as both Houses of the Japanese Parliament enacted security-related bills which allows military engagement in foreign conflicts. Trump previously accused Japan of “security freeriding”, therefore his announcement was substantial. Japan´s seek for reassurance of the US commitment is legitimate. With growing tensions in the South China Sea and the North Korean missiles tests the US-Japan partnership is crucial for the future of the region.

Japan-EU
Japan is considered as a longstanding ally of the EU. Both sides wish for more intense trade relations, which could be accelerated by free trade agreements.
The Prime Minister Shinzo Abe visited Europe in March 2017. During his four-day tour he visited Germany, Italy, France and Brussels as a preparation for the May´s G7 Summit to be held in Sicily, which´s main topics will be climate change, energy, health, transparency, tax, trade, migration and the developments in Africa and in the Middle East. Last year the G7 Summit was held in Japan. At that time, the agreement over the free trade agreements such as TTIP, TPP, and CETA were on the horizon. Since then the multilateral free trade deal talks were suspended as world leaders, in particularly the US, adopted a more protectionist approach. The EU wishes more intense trade relations with Japan as being one of the longest ally and most mature democracy in the region.
The EU wants to avoid the failure of free trade agreement talks with Japan as it would be a clear sign that the EU failed on its pivot to Asia. The free trade agreement between the EU and South Korea is already existing and both sides enjoys the fruits of it. The EU cannot offer extensive military protection to its allies as not being a military actor. However, the non-military domain of the EU is very important as it is the second largest economy of the world trade relations. Japan takes the third position. The partnership of the two economic giants would prove the globalization can survive without US assistance.
Japan´s ambition to be listed among the great powers is visible. Japan is an important economic player. The US, Russia and the EU turns to Japan with the wish to increase their economic engagement. Discussions regarding free trade agreements are therefore crucial. The Japanese-Russian relations are not prepared yet as there are political limitations. On the other side, with Japanese-US and –EU relations might be at the stage to agree on the terms of free trade agreement. Achieving it would be beneficial for both sides and improve their position on the global market—and the global world order.